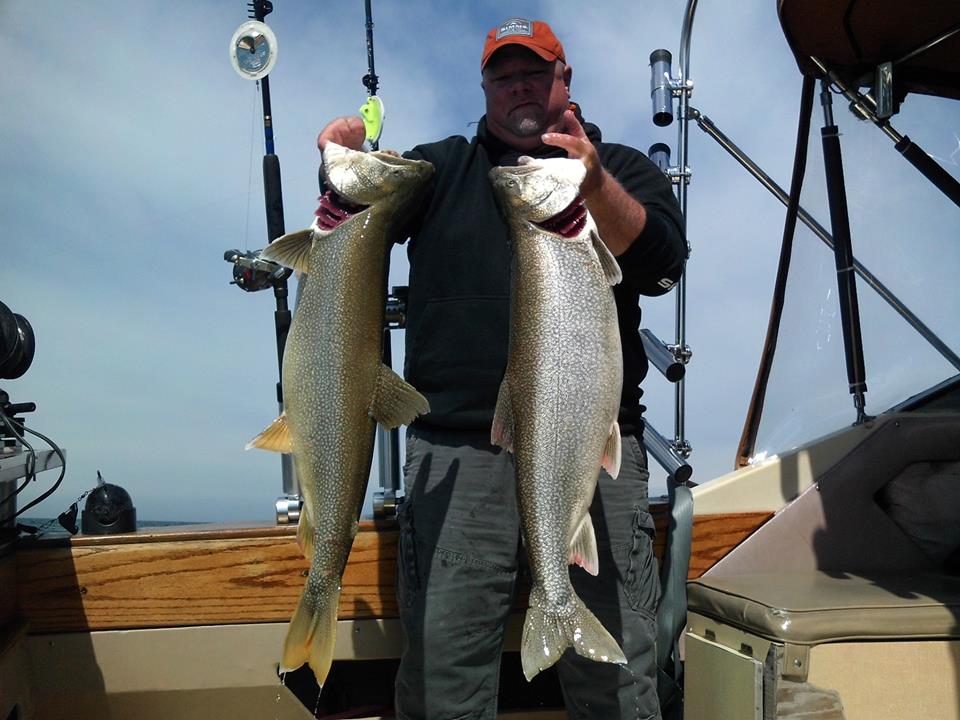 Effective yesterday Friday April 12th Lake Trout limit for Grand Traverse Bay was reduced from 2 trout to 1 trout. The recommendation is once you harvest your limit of trout to target other species, trout have a high catch and release mortality of 41%. The reason for this change as we have reported in other posts, is the state went over court ordered in the 2000 consent decree allocation amount in 2018. The tribes are also under allocations and have had to stop fishing at times also. Allocation limits were put in place to restore populations. A major problem that the GLSI recognizes is regulations set in decree that last for 20yrs does not recognize changes in the ecosystem or fish dynamics. Allocations are based on pounds and as a population gets older and larger in ave weight we actually get to harvest less fish. In L. Michigan the restoration of trout with the combination of sustenance gill netting, commercial fishing, and sport fishing efforts cannot be sustained. In decree waters this will always remain a put and take fishery and should be recognized as such. This is a difficult situation for the mdnr! They try to provide a fishery for anglers but are having to react to increased angling efforts and changes to fishing techniques by anglers. Catch and release fishing has been a social change over the last 30yrs and lake trout are susceptible to release efforts. In the next decree hopefully restoration efforts change to whitefish and recognize trout as fishing species targeted by tribes and state angling efforts and not something of intrinsic value.

This week the GLSI addressed a letter of support to the Great Lakes Trust Fund for a grant to study Otilith micro-chemistry. The study of the chemical make-up of otiliths will help identify natal origins of Chinook. Through CWT
studies we know that 95% of Chinook that are planted in L. Huron are moving to L. Michigan and understanding natal origins will ID L. Huron inter-lake movement and help managers with fisheries management.

Strong efforts in coho fishing have begun in southern L. Michigan. Late runs of steelhead are showing up in better numbers this week in rivers. Some Chinook are beginning to show already. Can’t wait for some stable
weather so the lake can warm and start setting up and see how this season is going to develop!!

Good luck guppy getting this year